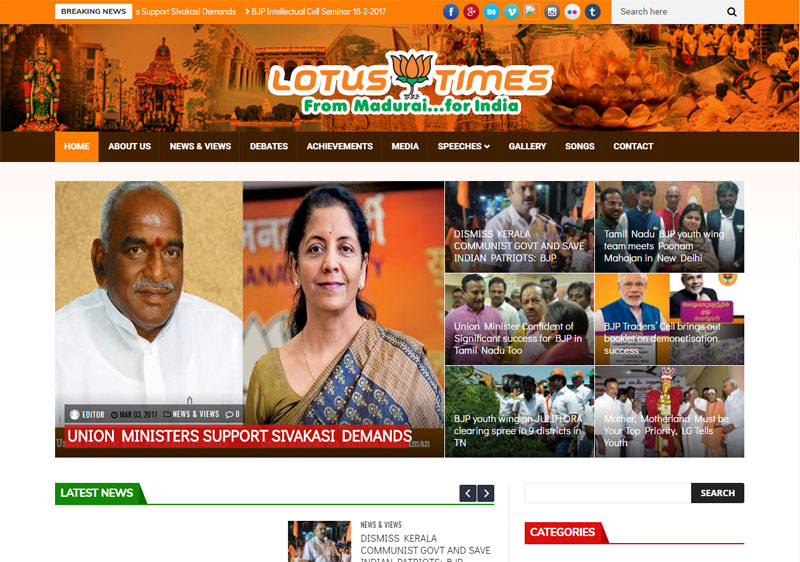 There is a popular saying as “AN IDEA WHOSE TIME HAS COME”. The launch of an exclusive website in English from Madurai for Bharatiya Janata Party (BJP) – LOTUS TIMES – is one such idea.

We are all aware that the BJP is gradually gaining ground or even surging ahead in some places in Tamil Nadu’s political space. The party’s political, ideological and philosophical penetration in this southern State has been remarkable.